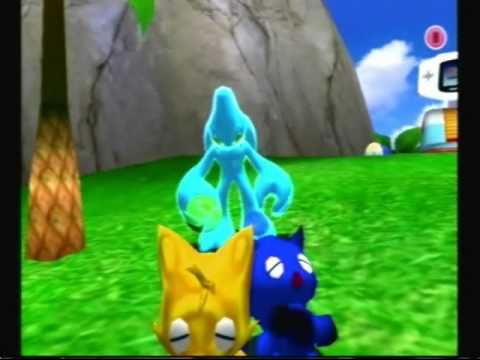 My family and I have always been… distant. Dad always under-reacted to everything. I’m reasonably sure you could tell this man the house was on fire and he’d casually pass you a glass of water to fight it with. Mum was the precise opposite. She seemed to have the sneaking suspicion that the news did not report events that have happened, but would happen, specifically to her, in the near future. If you ever wanted someone to ad-lib an anxiety attack you haven’t even had yet, talk to her.

As a result, I’ve spent the last ten years generally only speaking to either of them when I have comedic stories to make Dad laugh, or have two hours to kill to talk to Mum.

I do love my parents. They’ve tried their best. Gods know I was a curveball and a half but that doesn’t mean I don’t have some grudges carried over from my childhood.

Bad grades? Definitely my fault. I was lazy. Or I wanted to be ‘cool.’ I didn’t think being grounded from Darkwing Duck after every grade card was very ‘cool’ but that was Mum’s novel theory.

Bullied? Well, what did I do to deserve it? My paternal grandmother, may she hear every bitter word I ever speak of her, once asked me at a family function how many friends I had. When the number I provided was decidedly pathetic, she had a pointed follow-up. How many enemies did I have?

That number, much more impressive in its unintended vastness, prompted the question: “Well, why do you think that is?”

We’ve had a unspoken compromise, over the years. I didn’t want to talk about my complicated feelings, my insecurities, my hopes and dreams—and my blood relatives didn’t ask.

I’d had friends before. They were based on people who could tolerate me and make me laugh.

I can’t say my standards have changed all that much.

There always seemed to be a language barrier, however. Not that any of us spoke anything but English, but no one seemed to speak our language. It was difficult to really feel connected to someone.

Until we met Shadow.

Retrospect, he had to have been autistic as well, which was how he spoke our language. He was obsessed with Sonic X (yes, hence the name) and CSI: Crime Scene Investigation. There was a pretty solid likelihood that he was also trying to start a religion of three.

He lived in the same neighborhood as us, near a construction lot in Mill Valley, Marysville, Ohio. We met him on one of our frequent jaunts around town. He was three years this body’s senior, twelve when were only nine. His friend was a year and a half older, by the name of Illusion. He lived on the same street, over on Deer Crossing Lane.

It’s been years since I’ve thought about these two. They were, for years, one of the fragile centers of our life. Now I’m just hoping they were, at one point, real. But we’ll get to that.

One of my first times hanging out with Shadow, we were in his basement, playing Sonic Adventure 2: Battle on his Gamecube. We’d played the Sonic and Knuckles games on CD-ROM and watched the show as a kid, but this was something… different. This was something with much more of a plot than robot animals and chili dogs. This involved government conspiracy, something created by humans that grew to resent them, Sonic running from the US military. We were more than interested.

“This is Shadow the Hedgehog. I’ll not deceive you by letting you assume that the name is coincidental—I only hope I grow to be worthy of it.” Oh, yes, that’s how he talked. He had what almost seemed to be an accent, but he just over-pronounced every word, hitting each consonant like it stole something. It always seemed like he had rehearsed each line before saying them. Maybe he did. He was a scrawny kid, mostly hidden beneath a Hawthorne Heights hoodie and one of those really baggy Tripp Pants that were in style around those times. They all looked ragged, as if they were either purchased years before or found at Goodwill. Either could’ve been true. His eyes were large. For some reason, he had unreasonably large irises, dark green, that seemed to drown out the scant whites in his eyes. His hair was black, coarse, with the slightest bit of curl to it. He had a sharp, impish face for a twelve-year old. He was gesturing to the 3D rendered, in all of its 2002 glory, Shadow the Hedgehog.

Shadow the Hedgehog was the most goth thing our young, suburban brain had ever seen. Spikey, red and black, accented with gold—this anthropomorphic hedgehog was the peak of aesthetic.

But I’ve always been a few crises away from being one.

Neb—probably quite a bit less. The girl had a tie-dye howling wolf tee, for gods’ sake.

My new friend, Shadow, was perfectly capable of telling me Goth Sonic’s backstory. “He was created by Dr. Robotnik’s grandfather, Dr. Gerald Robotnik.”

“Created? Like Mewtwo?” Can you guess our first ever special interest? Come on, take a shot in the dark.

Shadow was familiar, thankfully. Pokémon wasn’t so common as it is today. “Yes, indeed! A lot like that, actually. But Shadow didn’t hate his creator. At least, not initially. Dr. Gerald had a huge space colony called the ARK. He created Shadow to be the ultimate life form, something the military requested to synthesize immortality.” I’m more or less speculating on the exact wording, but I swear to gods he did talk like this. “Dr. Gerald had no interest in military doings, but his granddaughter, Maria, had Neuro-Immuno-Deficient Disorder, and so he undertook the project mainly for her sake.”

We probably spent the next week on the plotline of SAB2. The newest video game console we knew was a Gameboy, so a Gamecube was obviously a technological breakthrough to us. He would let us in to his basement that was just across from the garage. There never seemed to be anyone else there when we were over. And he always came out to greet us, as if making certain that we wouldn’t make the mistake of knocking on the door.

We saw signs of other people. Caught glimpses of family photos in the living room. I remember the father having black hair—the rest of the family was primarily ginger. But Shadow seemed to shy away from any subject of families. We would complain about our family, about how our brother that was five years our younger was the obvious favorite. He had nothing to offer on that subject.

He also seemed happy to see us. Everyone else just shoved us off like a pest, but it was like we were students of a subject that he sorely wished to teach. Perhaps we were.

It was when we were playing the two-player function of the game that he said something funny. “You see him? That’s Chaos. Proof that these writers know a bit more than they’re letting on.”

The character was this bipedal, stout, with lobster-claw-like hands and frog-like feet. Its head was the shape of a bird’s foot. Most interestingly, its body seemed entirely comprised of flowing, rippling water. Its eyes seemed like light-green gems.

“See, that’s one of the Chaos gods. Hydro, the God of Water. That’s who this one is based off of. But there are eight of them. Water, Fire, Earth, Air, Lightning, Mind, Night, Spectrum.” He counted them off his fingers. “Those are the eight Chaos gods of the eight elements.”

We’d honestly been interested in religion ever since I could remember. Not monotheism, but we gravitated naturally to more polytheistic beliefs. I still do. The cause of this? Considering we were nine? Probably Disney’s version of Hercules, if we’re being honest. To some of you, this isn’t the first novel of mine you’ve read and this is sounding eerily familiar. Some of you are more than just curious about how delusional I am.

You’ll notice that I’ve referred to myself as plural throughout this. That’s because, throughout many memories of my childhood, I didn’t feel like I was the only one there. I feel like the girl who would later be called Nebula shared my childhood with me. That’s probably the best way I can describe it. At that time, we were we. Around this time, we were starting to become she. I was only partially awake, as if I was nodding off before my seven-year slumber.

Shadow eventually asked Neb to be his Apprentice. She was to choose her name—it was to be a name easily translatable, like a noun, as homage to how the Chaos gods changed their name with the language of every country. Like Hydro, Water, Wasser, etc.

But who am I kidding? This entire system is cult bait.

I’ve pre-written this chapter on a Word document, by the way. But I meant to post it today. Why?

iThere are no comments