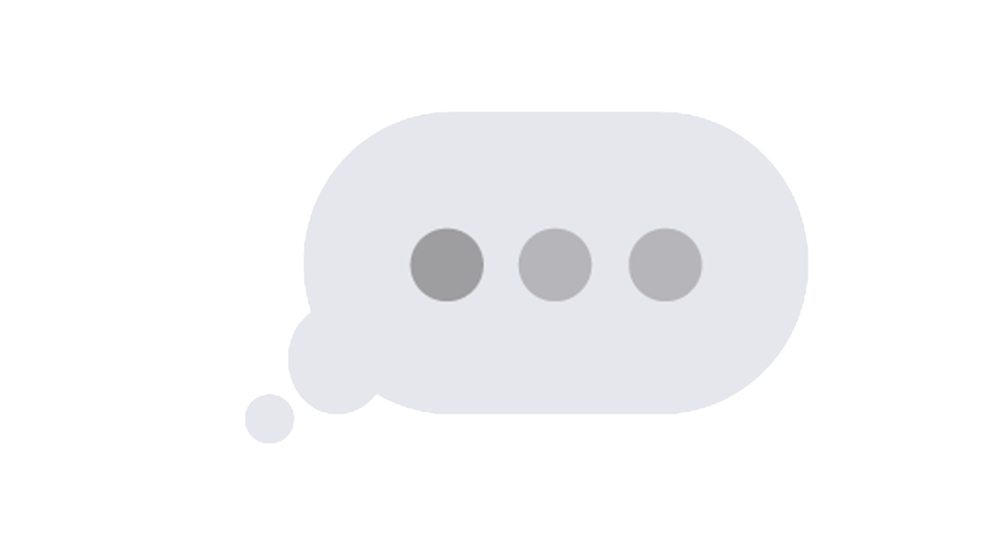 When I first started at the inn, my schedule was like clockwork. I was off Mondays, Thursdays, and Fridays. April knew my schedule and I was expected to show up at her dorm to sit there and pretend I didn’t resent her.

But then the inn decided to cut my Tuesdays to a half-day. I never told her. There was finally time that didn’t belong to her or work. In the beginning, I’d saved those days to clean. I’d clean Tick-Tock and Riff-Raff’s rat cage, sweep the floors, do laundry, take out the rubbish– then I would reward myself with a bottle of wine.

Aberle had gotten me into Riesling early on, but I’d fallen in love with champagne. It was so pretentious, so out-of-place in my hilariously cheap flat, rewarding myself for being able to keep house like a real adult. That’s my first association with champagne– years later, it still tastes like freedom, being able to leave my phone in another room and just drunkenly indulge in Brit coms with Vex. The relaxing, the exulted thrill of this micro-rebellion– every bubble of that dry, fruity ambrosia tastes of it.

Tuesdays also became the only day of the week where I could actually hang out with friends sans April. Avery and I had numerous outings on Tuesdays and I also grew to be closer friends with Cotton. I was gathering something of a social life in the outer world, and the inner world was gracing me with a social circle as well.

I wasn’t unfamiliar with folks dabbling in multiple lovers, but it always seemed as though they’d only done so until they found a serious sort of love. That’s how it’d happened for Sound, anyway. But Alexander and Aberle were intensely, almost disgustingly in love and… non-monogamous. “I have a wandering heart,” Aberle explained. “I love deeply, but I’m a bit like Lestat in the way that, you know, he has a different lover for what ever the plotline calls for.”

I was fascinated. And as someone that was quickly falling for a close friend of mine, I was more than willing to learn. Especially considering the fact that Alexander was not only accepting, but polyamorous himself.

This was also the same year that I would get into Oscar Wilde. Indulging in every pleasure, discovering myself– combining the two in sheer hedonistic catharsis. It was my excuse, since I was so deep in denial about my relationship with April being abusive. And Avery was the perfect candidate.

First of all, Avery was blonde and androgynous, which is basically a cheat code to infatuate me. Second of all, Avery’s also on the autistic spectrum, so we had endless conversations about people misreading us. Misery loves company, eh? Third of all, Avery was a deeply talented, fantastical fae-like creature that played the perfect twisted aristocrat. A few drunken outings, a couple of mutual photoshoots– I was hooked.

I remember one particular time, I’d gone to the Farmer’s Market in Forsyth and picked up a honeycomb. I went to Avery’s dorm, the top floor of “O-House”, and presented it to them. In a whirlwind of excitement, they donned their coat and told me, ‘Let’s do something!’ We’d spent the rest of the night bar-hopping and just… talking.

It seemed practically ordained that Avery and I would kiss.

Well– being as there was eventually photographic proof of the fact that I had a new friend in which to create aesthetic fantasies with, April eventually caught on.

I remember it very clearly.

I was on a run, in Forsyth park. I remember it being sunny and actually nice out–that beautiful time of year when the breeze is made of air instead of soup– probably sometime in November or late October. April texted me.

I think I was the most surprised about the fact she asked. Usually, her accusations were so matter-of-fact, no question about them. It practically startled me into abject honesty. “No, I’m not. We’re just friends. But actually, I’m glad you asked. I’ve been wanting to talk to you. I’m not sure about dating Avery, but I really like them. I’m attracted to them, I’ve wanted to kiss them, maybe take it further. I still love you, of course. I still want to date you. But I think my heart just wanders off sometimes.”

So far in this conversation, I wasn’t being drawn and quartered or nailed to a crucifix. We were having a discussion. How novel! “Yeah! Like Aberle!” I was smiling through the thin layer of sweat in the afternoon sun.

We talked for a bit more about it and she was.. surprisingly calm? All this time, I’d talked to Aberle about my non-monogamous feelings and coming out with them with phrases such as, ‘She’d kill me if she found out.’ But maybe April had been right. Maybe I did buy too much into the ‘nagging partner’ trope.

“Yeah, I kind of suspected… I think I’d be uncomfortable with you kissing [Avery], but as long as you tell me afterwards, I think I’d be okay with it. It’ll be a lot to get used to.”

To say I was pleasantly surprised would be an understatement. I actually felt an unexpected rush of affection for her. Oh, shit, she’s cooler than I thought! Maybe meeting Aberle and getting to know Nox kind of gave her a good culture-shock.

I wasted no time in informing Avery in April’s judgment. Hell, all I’d have to do is be honest with her? Jolly good!

I kept to my word, too. My first kiss with Avery was something out of a storybook. The fire in both of us seemed to meet in the middle and dance together, scorching our bones. I was certain I didn’t even have to tell April afterwards. She might’ve seen the flare from our long-awaited union of lips on the horizon and rolled her eyes at my hopelessly romantic ass.

Regardless, I texted her, “Hey, just letting you know, I just had snogging session with [Avery], and it went Great! How was your day?”

I remember freezing and staring at the phone. Was she joking?

It was a long whirlwind of her berating me and me apologising to her, a routine that took the place of most opportunities to communicate. She explained how that when she said she’d be uncomfortable with kissing, it was an over-arching statement, regardless of context.

Honestly, I’m unsure if it was an honest miscommunication on both our parts, or if she’d baited me. But her reaction was as if it were intentional, as if there were no room for misreading, and that I was dumb enough to announce my infidelity directly to her.

It then devolved into April wallowing in the notion that there was no one ‘for her.’ I remember that specifically. “Why is there no one for ME?” As if the fact I was exploring polyamorous feelings entirely negated any blind devotion I’d felt for her.

Also, the thought of being for someone made my skin crawl.

She continued to wallow into the next day– one of her friends loudly announced at one of her uni classes that, “[April] won’t be here today because her girlfriend cheated on her.”

I’m getting a headache just from the memory of it.

Meanwhile, the inworld continued on with its troubling habit of reflecting my outerworld problems. Aberle and Koji were flirting with one another. And JaK didn’t seem to quite like that. In fact, quite a few people that came into the world via knowing April seemed to suddenly display animosity towards Aberle.

Particularly JaK, as one might imagine. Prone to an explosive temper and friends with April, he was her favourite tool to use to punish me via one of his husbands. It even became an inside joke.

‘It’s not a party unless JaK threatens to kill himself.’

It came to a… nonsensical head one night, at one such party, wherein Aberle joked about kissing JaK. See, he’d had a crush on JaK too. And his Leo ass decided to make some sort of borderline arrogant joke about how kissing JaK was on his agenda for the night.

I can’t remember the exact wording. It had a playful, arrogant feel to it. More like “Can I have your number? I lost mine.” than a non-consensual dick pic, you know? But JaK was just incensed by it.

“Oh, so I’m just another conquest to you? Fuck you and fuck this party!” He storms out, leaving Aberle aghast and the rest of the room tense and confused. Koji and Sound tried to stop him. So, JaK decided that the reasonable conclusion was to abandon his spouses and children to become a vagabond with his cat. He had, like… money, but slept in alleyways.

This is why it sucks to have someone else influence your inworld. You have to put up with bullshit like this, in person.

It was like a week-long drama of Koji and Sound tearfully begging JaK to come home via phone and Aberle… apologetically… being his bodyguard? Basically, he stalked JaK and kept any enemies off of him. Which is just some Grade A Aberle logic. He also apologised and humbled himself repeatedly. It was escalating self-flagellation that JaK declared not ‘good enough’ each time, but would insist that Aberle try harder.

Finally, JaK came back. He insisted on staying away from the party but… like. Not going to a hotel, or home, or anything. The three of them– Sound, Koji, and JaK– had to hole themselves away in the attic of the place for like two or three weeks. To hear Koji tell it, it was just weeks of waking up to walk on eggshells and make JaK feel loved while also not crowding him while also not guilting him and being his personal punching bag and therapist without turning to the rest of their friends–

Aberle wasn’t playing at being contrite. The sad thing is, he actually was. Stuck in a cycle of apologising for a perceived slight until the end of time.

I remember it was around then that Aberle contacted me to vent. He hadn’t been having much luck venting, lately. Somehow, everything he’d said in frustration had all led back to JaK. JaK would then explode about Aberle, shaming Koji in particular for remaining friends with such a “praedatory” friend, and rage about polyamory for good measure.

I remember picking up the phone. In the inworld, I was at Demetri’s house, at the time. Demetri was rigid and borderline fascist, but his house was pristine and peaceful in an odd way. Mainly because I was happy to eat his food and steal his tea and wine and call it even. True trickle-down economics were forced rather than waited for. “Aberle? Hey, what’s up?”

“JaK legitimately told his second husband that he’s uncomfortable with the idea of Koji getting into polaymory. I’m drinking so that my brain doesn’t explode. Want to chat?”

I laughed. My cackle actually echoed through Demetri’s eerily white walls. I could feel the centuries-old pureblood bristling. “Oh, gods. So, listen, I’ve been meaning to tell you. What you said to him– that joke– wasn’t even bad–…”

Thus, we tightened the friendship between us. Our odd social tangles woven in the world seemed to threaten to strangle the both of us. It all seems fairly obvious what was up in hindsight, but when you’re directly in it…

It was a time that had reminded me of the Koji-Romeo debacle. It was another time wherein an entire group seemed to be affected by the perceived slight of an individual. It was a pattern that was beginning to repeat.

But even in my deepest suspicions, I couldn’t conceive of how bad it would be.